Surprise folks! I’ve been busy again working on some new and improved things. After having released the last batch of animesh bits, I wanted to turn my gaze on my canine avatars again. Some of them are now very old, some date back even to the sculpt area, so I got the idea to just redo the whole slew of them in two waves. And this weekend, wave one is coming out, bringing you some very updated wolves and foxes!

We redid virtually everything about them, improving where possible. Textures are much refined, with a much nicer fur texture, taken from what we learned with the dragonwolves, and the faces no longer just pose, they now have animations, such as sharks and dragonwolves once again. I also learned a new technique for fur tufts, and instead of flat, textured planes they are now all sculpted out properly. The cheek fluff is also toggle-able now! Digilegs got a major shape overhaul, and the eyes got some updates as well, being taken from our more recent avatar works.

Additionally, the heads will be sold on their own as well, so they can be more easily used in conjunction with third party mods without needing the full kit!

The whole package means the wolves look sharper than ever, and honestly I’m really proud of how they turned out. So what’s coming next? Well, we still have some derpy looking huskies from the early mesh ages that will get the same treatment, and going even further back, we’ve got dalmatians and german shepherds badly needing some attention. Those three species will make up the second wave, which will release once they are all done. Beyond that, likely some more adult parts since there is a great demand for more variants, so 2020 will be a quite exciting year as far as avatars and adult bits.

Talking about the upcoming release some more, we’ve got something extra coming for those wolves and foxes! My wonderful girl Sokolovo has been busy making a couple of lovely okapi and piebald python inspired mods, which will be available at the release parties alongside the avatars. So be sure to check them out too, and give them some love 😀

Update: Enjoy this preview of two more mods that will be on offer at the release parties 😀 – the Saint/Sinner mods for the wolves and foxes!

Release times and dates are as follows:

Pricing for the kits will be 800L$ each, and as usual will include male and female parts, as well as parts for Maitreya and Belleza mesh bodies ontop of our own body pieces. For any existing owners, updates will once again be free! Also, pricing for the standalone wolf/fox heads will be around 500L$.

And finally touching briefly on 2020, I do hope all of you are staying safe, staying inside as your are able. We all hope this will run its course soon and things can get back to normal!

So let’s talk about the first two models created, about the lovely features AkiFu offers, and  about what the future may hold. 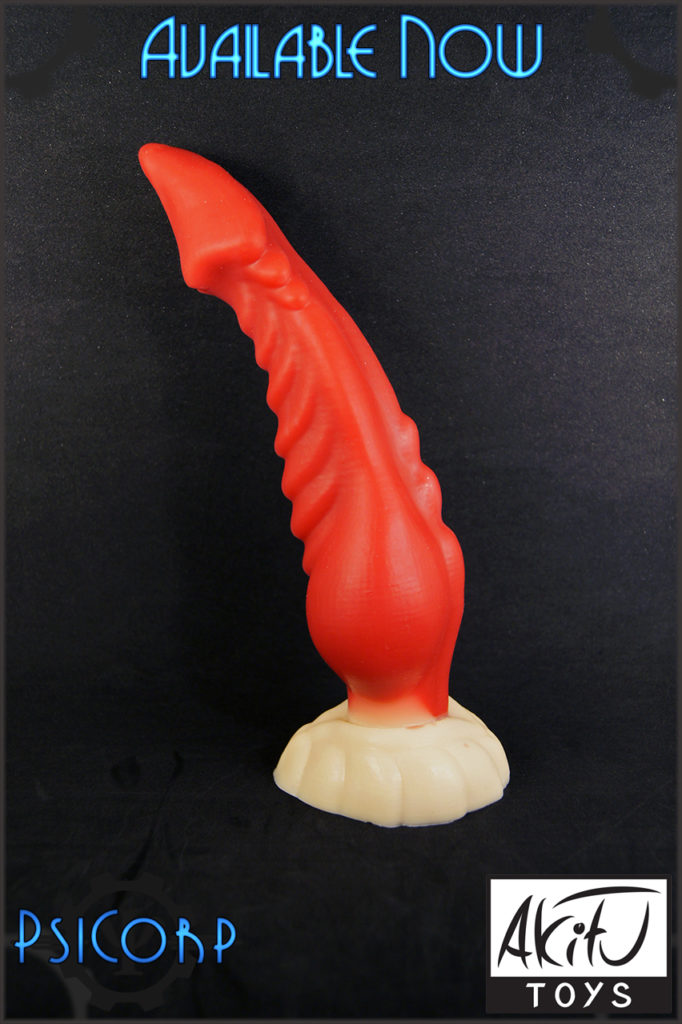 First in the line of toys is our much loved Dragon, that sleek, ridged spire that has sold over 9600 times so far, we offer our most popular fantasy design as a beautiful RL toy now.
Standing at 9.5 inches tall with a usable length of around 8 inches, it is sure to please in many ways. 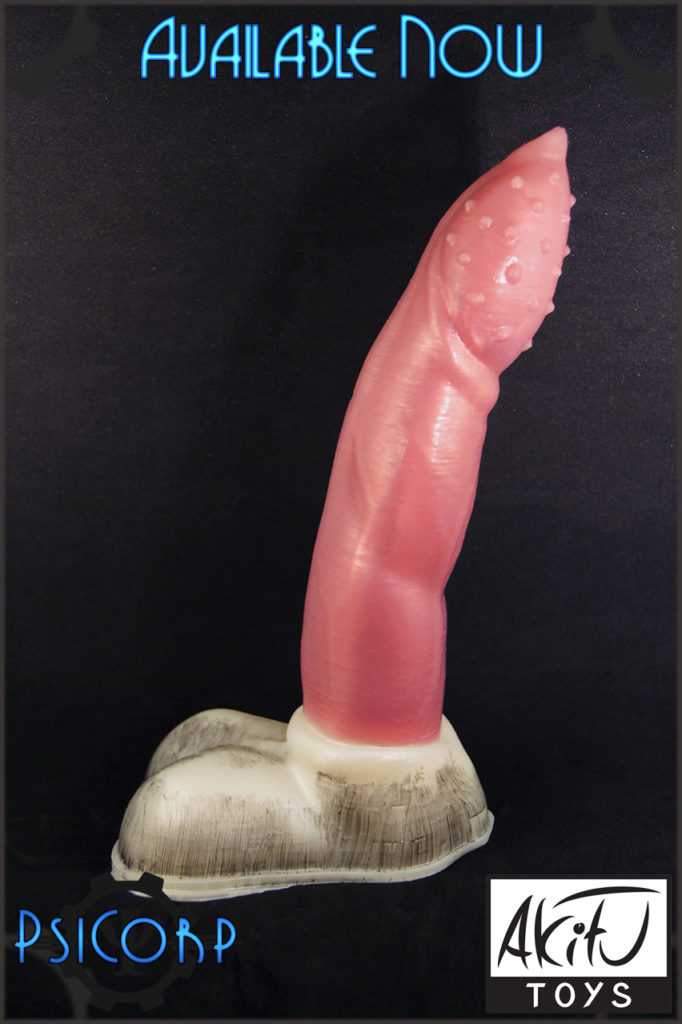 Our second model is the Anthro Feline, one of our more unique designs, and something not commonly found in the real life toy market. Standing just over 10 inches, its usable length is around 9.6 inches, offering a smooth shaft and a barbed tip that will stimulate you in very special ways. 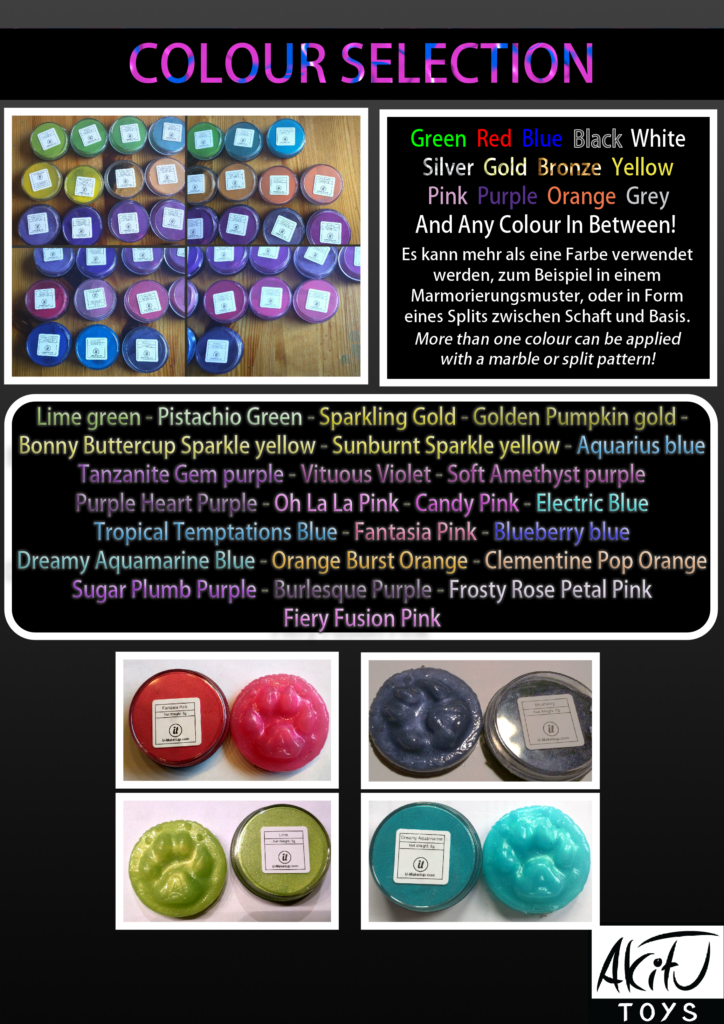 Despite being a fairly new player in the business, AkiFu already is proving to be an excellent manufacturer. Having seen their quality first hand and having been invited to watch their manufacturing process, we can assure you that their quality is outstanding. Using medical grade silicone and casting from 3d printed molds, they have a great detail fidelity and offer a variety of features.

So if you’re looking to order, go ahead and head on over to akifutoys.com!

Now what might the future hold?
We are definitely looking to expand! Once we have a solid estimate of the demand for our new products, we’ll be introducing new products and possibly new sizes, and perhaps variants of existing ones as well. As always we’ll be posting announcements here, and possibly having parties again as well as new models come in. So keep your eyes on our blog for more news on these awesome toys!

After yesterday’s event at GYC went well, I’m happy to report that the snake avatars seem to be quite popular, and feedback has been very well. Thus, I look forward to seeing you all today at 2pm SL time, at YIFF for another, likely bigger party, with a very special raffle.
I will once again distribute a landmark about an hour before the event, so you all have plenty of time to get ready.

So thats something new for once, but I decided to give my mate a little bit of advertising. Hes dabbling in the art of furniture making, and recently has crafted a rather sweet looking corner bookcase. Hes doing a very nice mix of steampunk and art deco, which in my opinion works together just awesomely, and I think he deserves a bit of extra traffic 😀

So check out this link here, leave your feedback, and if you like it, go get it, more fun things are in the works!